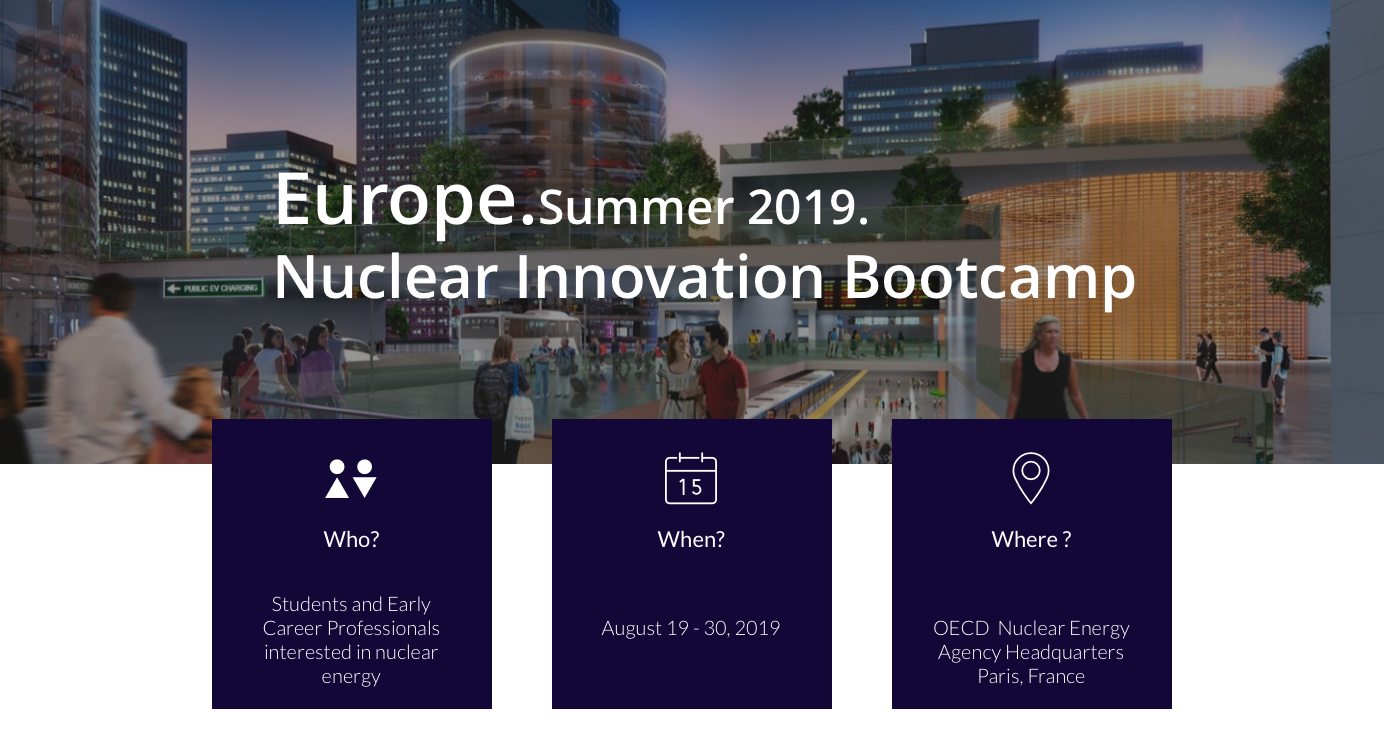 Starting in 2016, the Nuclear Innovation Bootcamp has revolutionized the way that students and early career professionals have viewed innovation in the nuclear energy industry. Traditionally a slow-moving field, nuclear power is starting to shake things up and embrace the startup culture. In 2015, Third Way tracked down approximately 50 companies and institutions developing advanced nuclear technology. By 2016, that was updated to about 60. Now, Third Way maintains data about the advanced nuclear industry in a spreadsheet and map and is at almost 80 organizations as of this writing.

Any student or early career professional looking for a career in advanced nuclear, hoping to found their own company someday, or just looking to hone their skills as an innovator should apply for the 2019 Nuclear Innovation Bootcamp. Here are five reasons why.

The Nuclear Innovation Bootcamp is a two-week program that brings together future and early-career professionals to learn, develop their skills, and transform their mentality about innovation in the nuclear energy industry. Participants come from a range of countries and disciplines. Many do not have a formal nuclear engineering degree.

Attendees will have lodging and meals paid for by the Bootcamp for the duration of the program. This year the Bootcamp will be held in the headquarters of the Nuclear Energy Agency (NEA) in Paris, France on August 19th – 30th, 2019. As of writing, the deadline to apply is May 15th.

The most obvious benefit of attending the nuclear bootcamp is the diverse and extensive content provided as lectures, panels, and discussions that compose a majority of the program. The skills needed to build a nuclear energy startup are extensive and diverse, and most topics covered in bootcamp have no equivalent at most universities.

Bootcampers will learn the foundations of everything from venture capital and export controls to safety culture and branding 101. Various experts teach the sessions; when I attended Bootcamp in 2017, I learned from experienced innovators like Gateway for Accelerated Innovation in Nuclear (GAIN) director Rita Baranwal and NuScale co-founder Jose Reyes along with lawyers and venture capitalists (VCs).

University of Wisconsin Professor Emeritus Michael Corradini teaches 2018 Bootcampers about the conclusions from “The Future of Nuclear Energy in a Carbon Constrained World”, a MIT and Sloan Foundataion study which he co-chaired. From @nuclearbootcamp on Twitter.

While much of the context is aimed at students interested in building their own startup, the skills and content in the Bootcamp can be applied to the rest of the industry as well, such as utilities, vendors, and national lab environments. Even as someone who had no immediate plans to found or join a startup, I found the content of the bootcamp revolutionary to how I think and interact with the nuclear industry.

The sheer number of people and organizations that work with the bootcamp is immense. Looking back the schedule for the 2017 bootcamp, there were 50+ speakers alone. For each of the long list of sessions, Innovators have the opportunity to ask questions, make connections, and potentially set the foundation for a job or collaboration in the future.

Some of the sessions are panels or informal meetings, allowing students to hear an honest testimony of the day-to-day life at a startup. In 2017 one such meeting was with Caroline Cochran and Jacob DeWitte, the founders of the micro-reactor startup company Oklo.

While it is up to Innovators to maintain the connections they build, providing the initial opportunity to meet many rock stars of the advanced nuclear industry is a unique benefit of Bootcamp. The informal non-conference setting provides a low bar of entry so students can connect with as many potential mentors as possible.

Beyond the formal Bootcamp program, Innovators will also get to intermingle with other organizations or events. I met several wonderful friends at a mixer with the Women in Nuclear national conference. 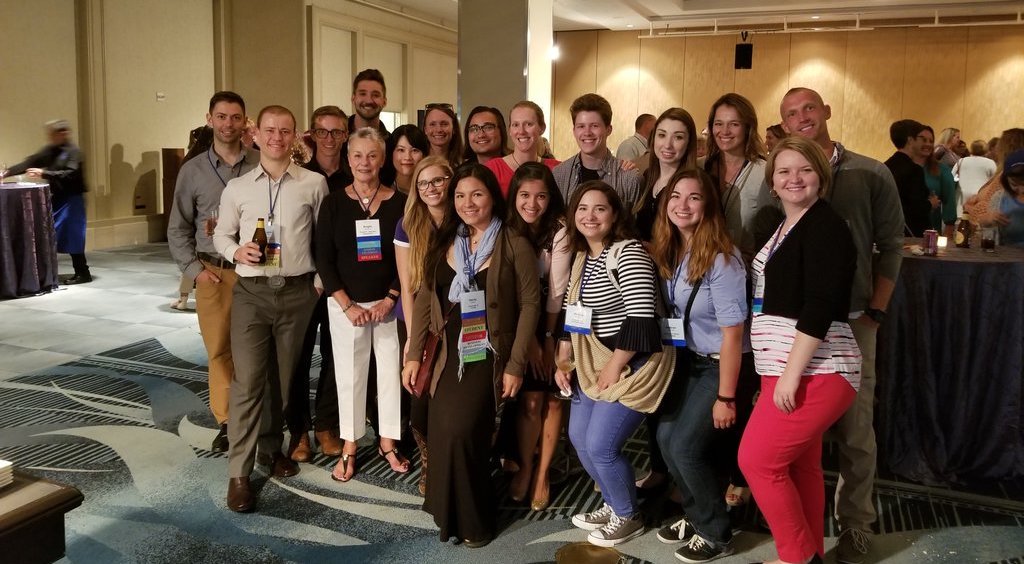 With a small group of about 25 attendees each year, you will have the opportunity to spend two weeks living, eating, and learning with fellow impassioned students and professionals. Don’t overlook this opportunity as one of the essential aspects of attending Bootcamp. Your fellow innovators bring various experiences and backgrounds both similar and vastly different to your own. You’ll gain much more from the learning experience by interacting and collaborating with them as much as possible. 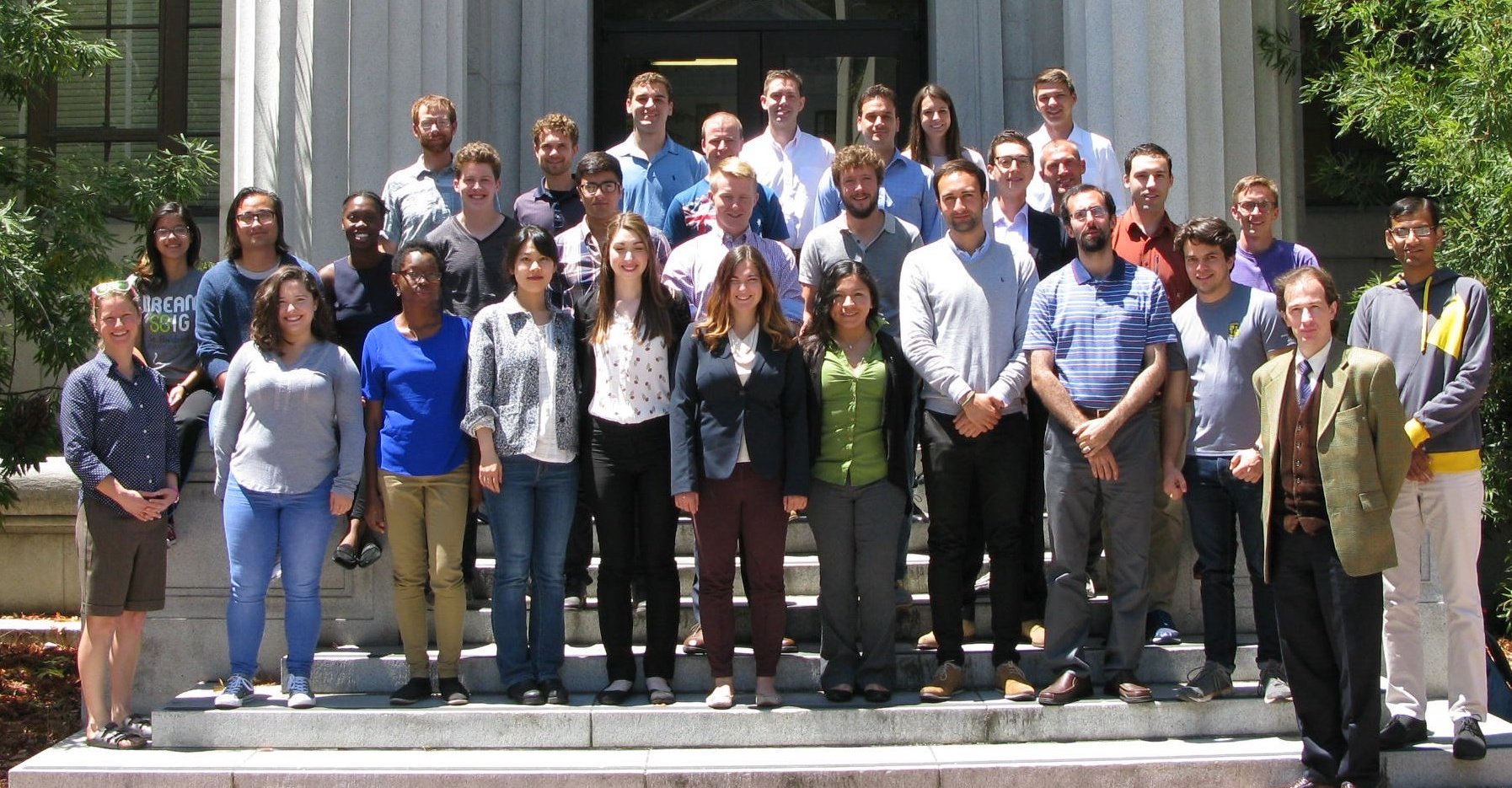 My fellow 2017 innovators and the Bootcamp organizers

I had the chance to develop relationships with students from universities in 11 US states and Puerto Rico in addition to 4 students from other countries, with several more attending schools outside their home country.

Besides making valuable and (hopefully) lifelong friendships, many of your fellow attendees will ultimately work in the same industry–advanced nuclear– that interests you. Some of them may even found startups!

In fact, several Bootcamp alumni have already founded organizations. One such Innovator is 2016 bootcamp alum Ian Hamilton, who participated in Argonne’s two-year Chain Reactions Innovations program to jump start companies focused on energy and science. His company, Atlas Energy Systems is developing a thermionic energy convertor to recover waste heat and Ian was featured on the Forbes 30 under 30 - Energy list in 2018.

One of the core components of Bootcamp is the Design Pitch Competition. Throughout the program, innovators choose their own teams and develop 5-minute company pitches to be given to VCs on the last day. This year, the winning team will present their idea at the Innovation4Nuclear contest at the 2020 International Youth Nuclear Congress (IYNC) conference in Sydney, Australia. 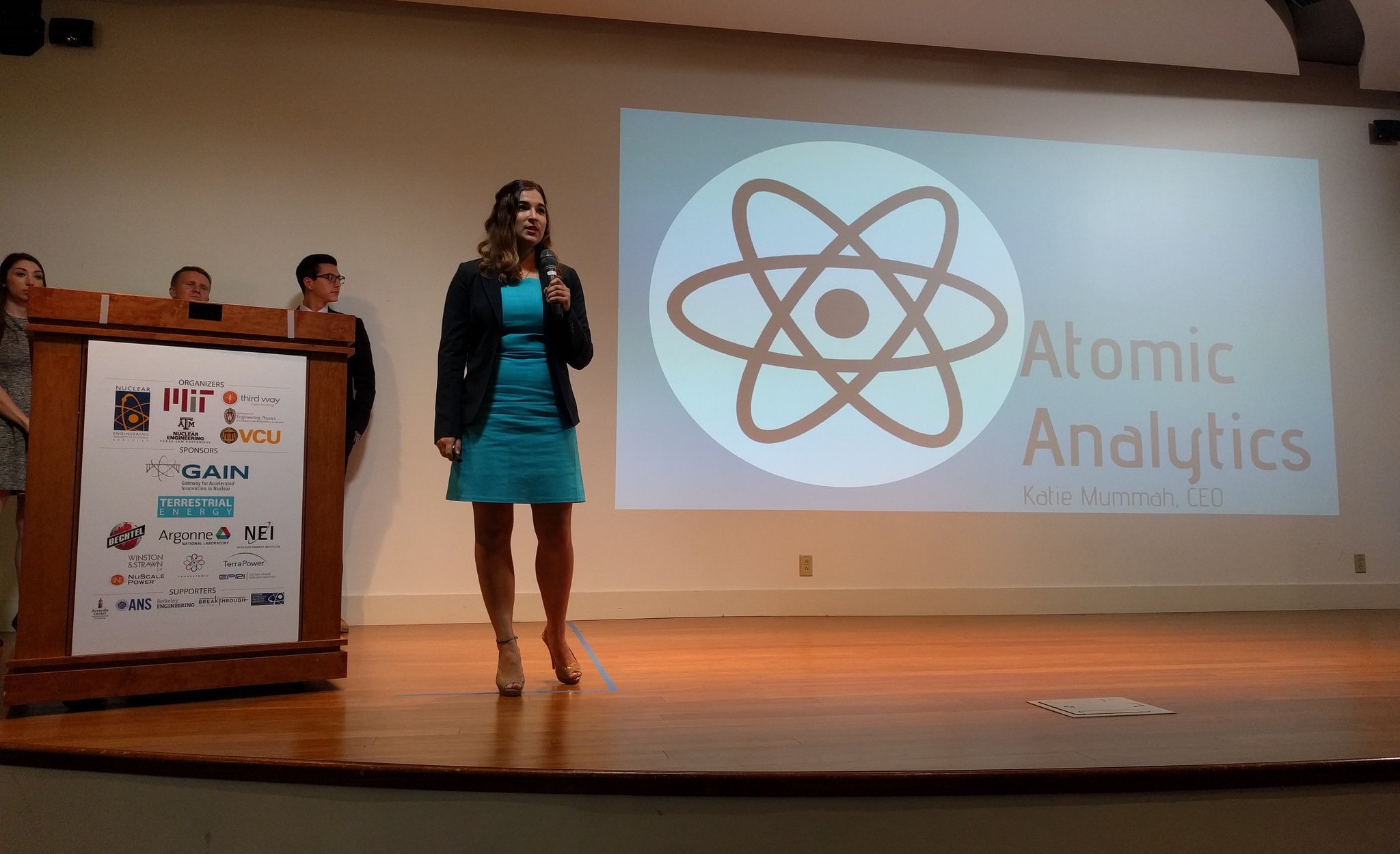 This competition forces students to think creatively and work together on a type of project unlike any found in typical engineering classrooms. Students must spend as much time highlighting the strengths of their team members as they do on the actual engineering or technical solution. Teams must identify an appropriate funding request and plan how their proposed solution will roll out before they run out of money.

Early-stage venture capital is less about technical skills than it is explaining your idea and market size in simple terms while proving you have the best team to capture that market. Bootcamp forces its attendees to think outside the box and as a result, students gain invaluable experience that they can lean on if they ever found a real startup of their own.

Forcing (mostly) engineers to work together on a non-technical project does more than just teach students to think entrepreneurially. Teams are pushed to develop skills that are consistently listed as the most sought-after for engineering recruits – communication, teamwork, innovation, and resilience. Regardless of future employer or job, developing these “soft skills” is a worthwhile endeavor and Bootcamp does a better job than almost any other educational endeavor I have experienced.

It may seem like I already covered all the interpersonal benefits of Bootcamp, but I believe the larger context of international engagement is so crucial as to warrant its own section.

The nuclear energy industry is relatively small, but globally connected. Gone are the days where countries develop their nuclear power program in a vacuum, especially as many countries have begun to express interest in nuclear power for the first time.

The Nuclear Innovation Bootcamp was designed to be international, both in participation and context. The first three years were held at the University of California–Berkeley, but 2019 will be held in Paris in collaboration with the French Nuclear Energy Society (SFEN) and the OECD Nuclear Energy Agency (NEA). 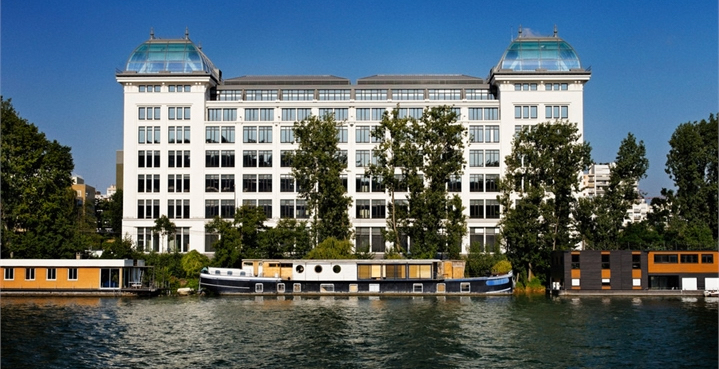 Especially for my American peers, I can’t emphasize enough the value of learning about nuclear power in a global context. Although I attended Bootcamp in the United States, I spent two weeks in Sweden a few years earlier taking a radioactive waste management course. The technical content of the course was superb, but my biggest takeaway was gaining a deeper understanding of nuclear power in Europe. With the 2019 Bootcamp located at the NEA, students from any country will be exposed to an unmatched level of diversity in ideas, country of origin, and status of nuclear energy industry.

One great example of bringing together students from all across the world is 2017 Innovator and Australian citizen Logan Smith. Despite being home to about one-third of the world’s uranium deposits, Australia has never had nuclear power. Two Acts of Parliament effectively ban its use, so Australian students don’t have access to as large of an industry as their peers in other countries have. Logan credits the Bootcamp for helping inspire him to create a podcast, Going Fission, which explores Australia’s potential for nuclear power and related industries.

While listening to US podcasts such Titans of Nuclear and Radionuclear, I realised Australia needed a podcast like it of its own. So, I started one. It is my contribution towards #Repeal140A.Logan Smith - @FissionGoing, Going Fission Podcast

The Nuclear Innovation Bootcamp provides a unique opportunity for students and young professionals to expand their horizons and develop crucial communication and innovative thinking skills that will be valuable in any aspect of the nuclear industry. While students are responsible for traveling to the NEA headquarters in France, the free lodging and meals for the duration of the program eases the financial burden significantly.

I even encourage students with summer internships to apply to Bootcamp. I attended Bootcamp (and a week-long conference that same summer) while interning at Los Alamos National Lab by talking to my summer mentor and letting them know what a unique opportunity Bootcamp is. Many summer mentors will be willing to adjust a summer schedule after learning the value that Bootcamp brings to aspiring nuclear professionals. This is especially true if the start/end dates of the internship could be shifted so less internship time is lost.

Because Bootcamp is August 19th – 30th this year, I expect several universities will have started classes during the last few days of the program. Again, I argue that missing syllabus week can be well worth the hassle of having to catch up on a few days of missed classes (and come on, I know you’re not learning anything during the first week!). I know that not every student interested in nuclear energy will be able to attend the Nuclear Innovation Bootcamp, but it was a life-changing event for me and I hope you’ll consider applying. Or, at least share this post, and the application link with other nuclear students you know.

You can apply for the 2019 Bootcamp online. The deadline is May 15th.

Katie is a 2017 Nuclear Innovation Bootcamper. Her team, Atomic Analytics, was awarded second place at the pitch competition. She is not involved in the planning or execution of the Bootcamp. 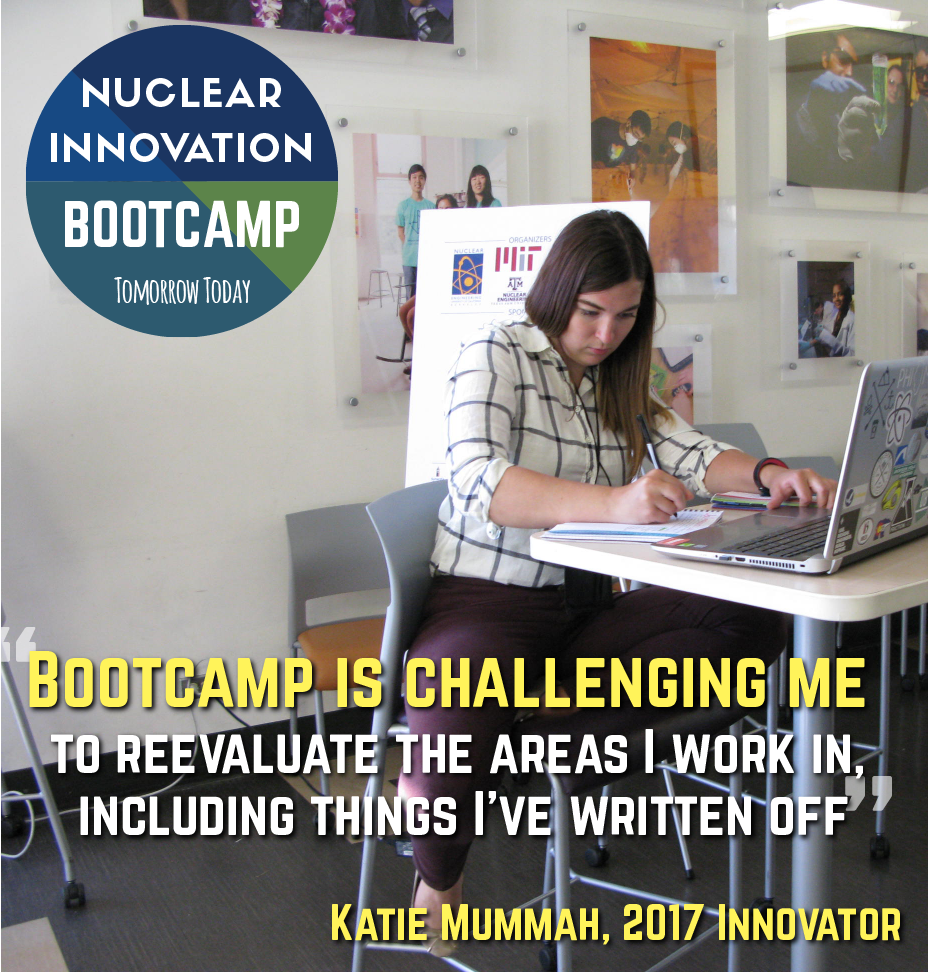 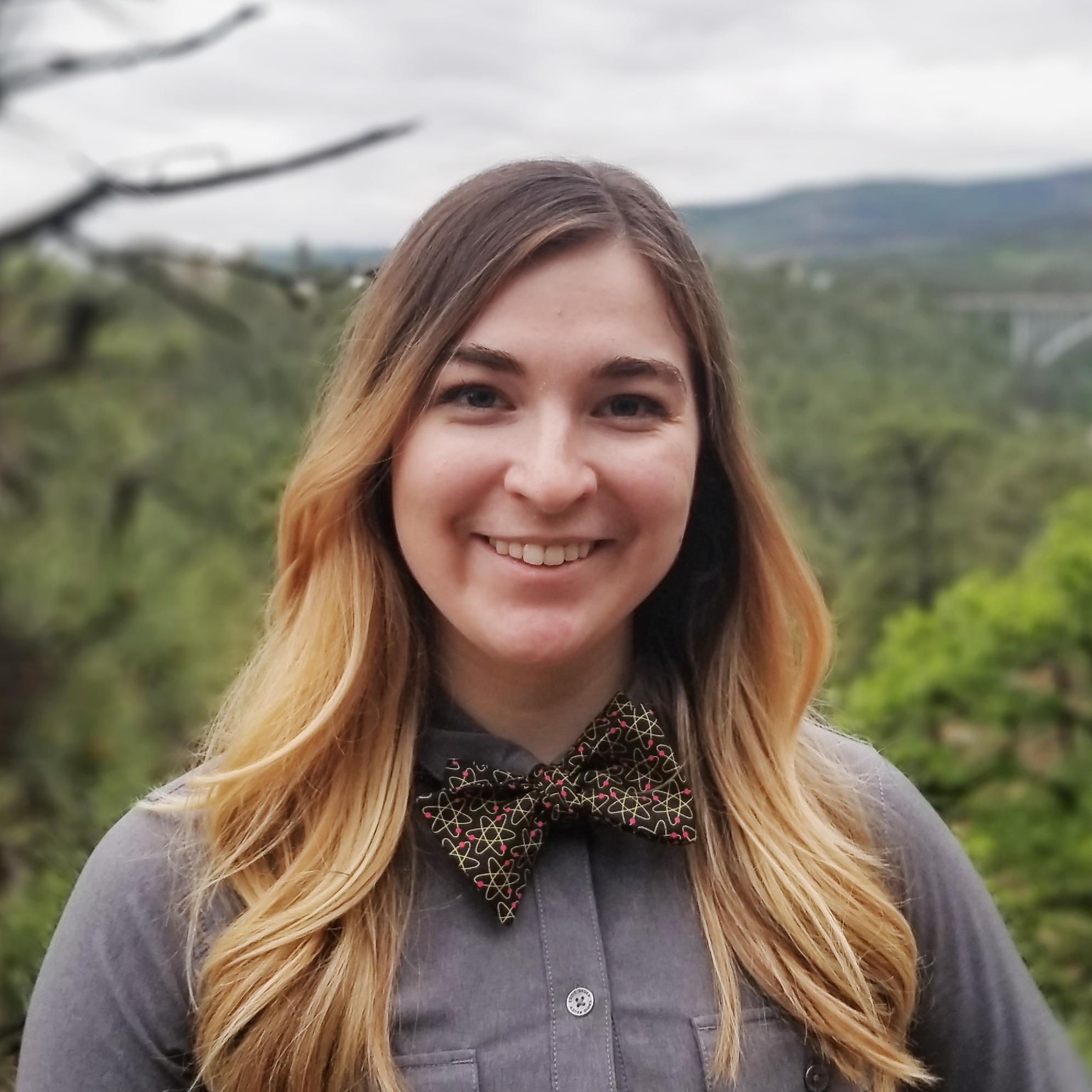 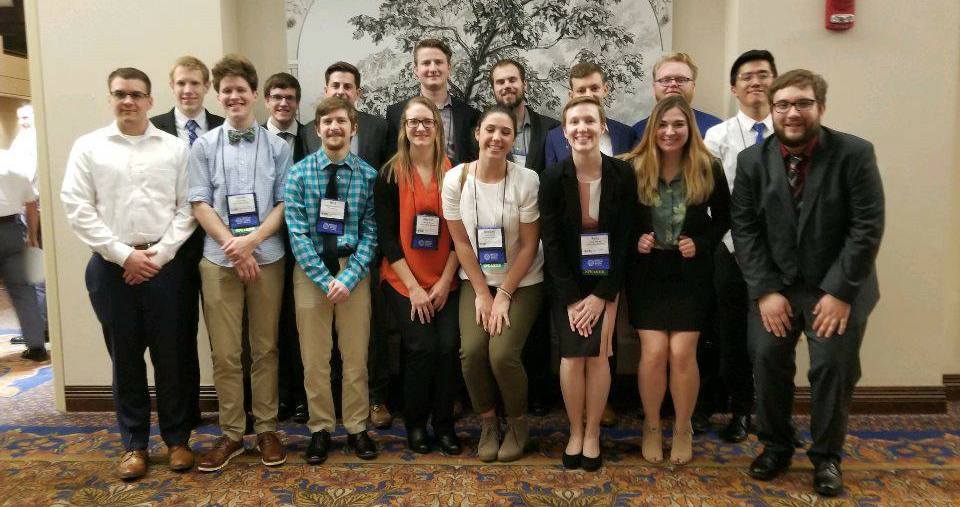 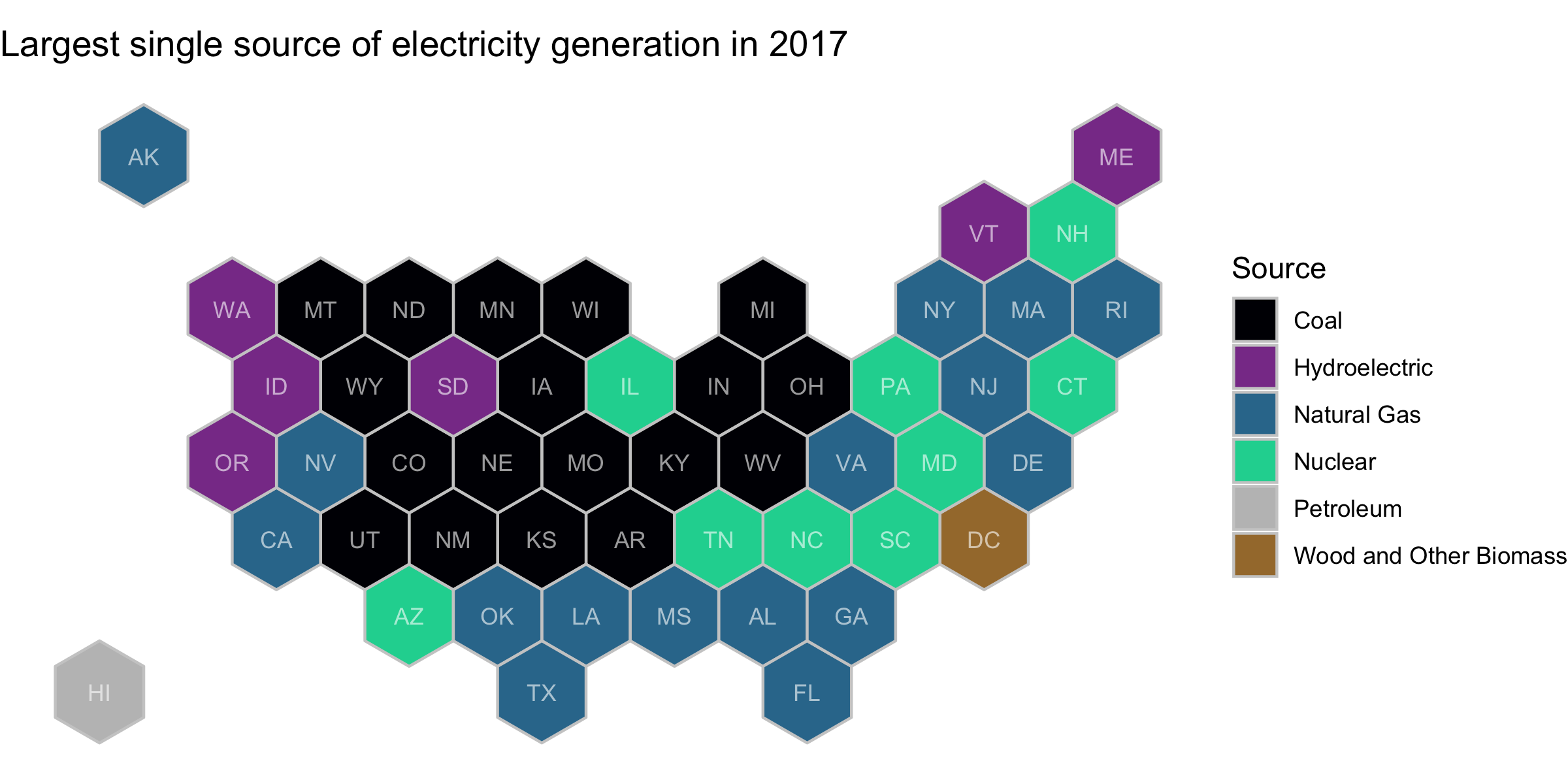